Half a century and counting? 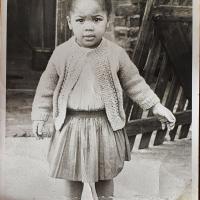 “Where are you from?” How many times have I heard this question in my life lifetime? Too many to count. And those of us who have been asked know the real intent behind the question, don’t we? Yes, of course we do. The inference is that you cannot be from here, you cannot be because you are Black and you certainly cannot be English because that is the preserve of white people. Even Britishness can be problematic.

Race is a social construct devised for a very specific political purpose. There has been a documented Black presence in Britain since before Roman times. Black history is very much part of British history and should be taught in all its richness and celebrated as part of the mainstream curriculum.

Although we have seen progress in legislation championing equality and providing legal recourse to those experiencing racial discrimination over the last 50 years (the first Race Relations Act became effective on 8 December 1965), it is crystal clear that racism and racial discrimination is very much part of the fabric of Britain in 2020.

I am a Black woman born in Wolverhampton in 1962, 4 months before Jamaica secured its independence from Britain. Both my parents were born in Jamaica. Like many of their peers, they took up the invitation of the British government to come to England to support the post-war reconstruction of the country. My father arrived in 1957. My mother came in 1960. They secured employment, met in England, married, lived in rented rooms, had me and bought their first home in 1963. I am the eldest of 5, my 3 brothers and 1 sister were born between 1963 and 1972. We had our first telephone installed in 1967 in preparation for the home birth of my sister. My father always owned a car and we spent years of happy Sunday afternoons discovering attractions near and far.

Going to Jamaica for the first time in 1990 was transformational.  I recall on my return colleagues saying the trip had changed me. Well, it had more than I knew at the time. I saw Black people in every position in society, unlike the experience I had had in the country of my birth. I did not know until that point that I was missing a part of me. It was like finding a significant piece in a jigsaw puzzle that helped in showing how all the other pieces fitted together to create the whole picture.

I grew up in a very pro-Black household with no limits placed on our possibilities which was great for my self-esteem and confidence. My parents worked as a team with no household chores demarcated male or female.

My school days were great. I developed a love for English language and English literature at a very early age. I was identified as “bright” and, as a result, I was encouraged and stretched but I realised as a young adult how unfair this was to those who were struggling academically and needed that extra input. My mum is from a family of academic high achievers. My dad was from a family of landowners. My mum was my first and most significant role model and my parents’ marriage the type of relationship I have aspired to all my adult life.

I worked temporarily at Customs and Excise and then the Inland Revenue before I secured a job at Wolverhampton Council in 1984 with a view to using it as a steppingstone but I was trapped in it for years though the job title changed as did the pay grade. I was always very ambitious. Always applying for vacancies, getting the interviews but then never making it over the line to actually getting the job. The feedback refrain was often “you came a very close second”. It became very tiring and highly frustrating to learn that talent by itself was simply not enough.

I finally made a breakthrough in 1995 and secured a job in the corporate policy team.  I learned what I know about being a consummate networker and being in the know from my team leader at the time. She was exceptional at both.

I decided to supplement my academic qualifications by pursuing a part-time qualifying law degree which I completed in three and a half years and won the Goodyear Prize for outstanding academic achievement. I was successful in my application to become a magistrate at the same time as starting my law degree. That was almost twenty-two years ago. I have been a presiding justice in both the adult and youth courts in the Black Country and Birmingham for the last decade and a half.

I was made redundant from the council in 2013 following a reorganisation. I took a year off to travel at my leisure, extending my stay in locations that allowed me access and opportunities to work with senior government officials in the Caribbean. Travel is one of my many passions and opens us up to boundless possibilities beyond the limitations or constraints placed on us in the UK.

I am currently a co-founder and director of At Eve Consulting Limited and Square Pegs Round Holes Community Interest Company. I am a trustee at the Refugee and Migrant Centre, Wolverhampton. The Chair of the Wolverhampton Police Independent Advisory Group. And in my second term as a board member at the University of Wolverhampton and chair of the Student Affairs and Assurance Committee.

2020 has been a very strange year so far. Covid-19 has disproportionately impacted Black people in the UK with some commentators linking this to institutional racism. George Floyd’s murder in America has acted as a catalyst reminding people across the globe about the continuing injustices that Black people face worldwide as well as here in the UK.

The daily microaggressions that Black people are expected to tolerate e.g. “where are you from?” “you speak so well,” “you are pretty for a black girl” “Black boys/men are violent” “can I touch your hair” etc., and if we respond assertively or challenge then we are accused of being aggressive or having chips on our shoulders. What does that even mean?

I can only hope for my daughters, granddaughters and their respective generations that things improve and do so soon.

My advice. Believe in yourself and your capabilities. Spend time on yourself developing the best version of you and even when situations appear insurmountable never give up. The sun always rises. New days dawn and new possibilities will always present themselves.